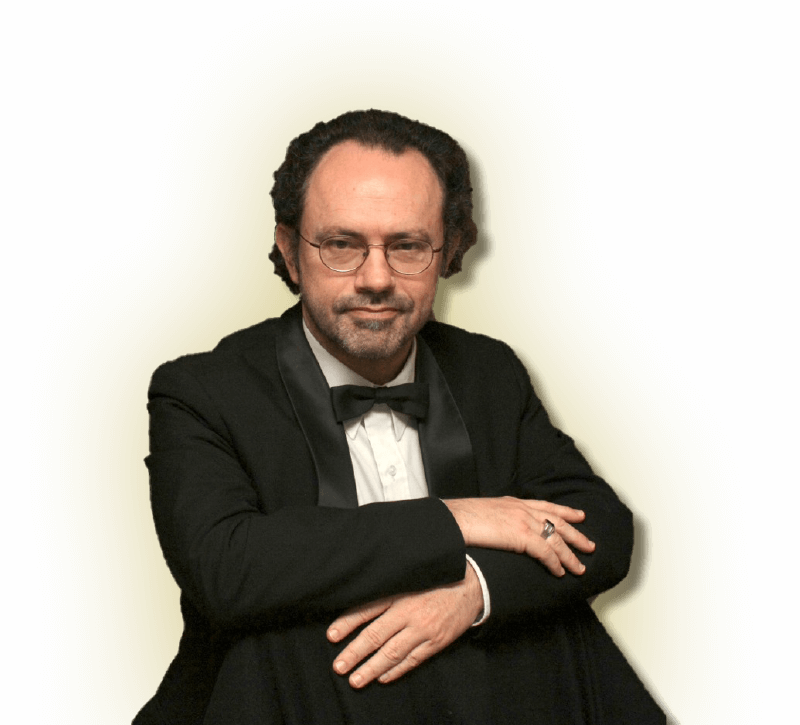 Paul Terracini is an Australian conductor, composer and arranger who now lives in the Blue Mountains after spending almost 20 years living and working in Europe. He was appointed Artistic Director of Penrith Symphony Orchestra in 2010 and is in constant demand as a guest conductor and instructor.

Paul has previously held positions as Principal Trumpet in the Australian Opera and Ballet Orchestra; Lecturer at the Queensland Conservatorium of Music; and Solo Trumpet in the Danish Chamber Players, with whom he performed throughout Europe, South America and Asia. He has also been guest professor and conductor at several conservatoriums in Europe and China. As a trumpet soloist, he has performed in Europe, the USA, England and Asia, as well as with the Melbourne, Queensland, Tasmanian and West Australian symphony orchestras. As a conductor, he has recorded ten CDs with the Prague Symphony Orchestra and conducted operas and orchestral concerts in Germany, Denmark and Italy.

In 2011, he was guest composer/conductor at Northwestern University, Chicago, and guest conductor/arranger with the Prague Symphony Orchestra. His arrangement of Gershwin’s Rhapsody in Blue, for piano and brass quintet, commissioned by the Australian Brass Quintet, was premiered at the 2011 Melbourne International Festival of Brass. His Mass, commissioned by St Vincent’s College, Sydney, was premiered in September 2011. The Chicago Symphony Orchestra Brass premiered another of his works in December 2011 at Orchestra Hall, Chicago, and in 2012 his Gegensätze for brass ensemble received its Australian premiere in a performance by the Sydney Symphony Brass. In 2014, Paul appeared in Porto, Portugal as guest composer and musical director with the Portuguese Youth Brass Ensemble, and as a featured composer at the 2014 Sydney International Brass Festival.

In 2015, the world premiere of his Like a Minstrel, commissioned in celebration of the 25th anniversary of the Joan Sutherland Performing Arts Centre, opened Penrith Symphony Orchestra’s 2015 season. The following year, his new work for euphonium, harp and strings, Fantasia on Medieval Fragments, was chosen as one of three finalists in the 2016 Harvey Phillips International Competition for new works for tuba.

Paul is also a theologian and church historian, having completed his PhD on the influence of the Social Gospel in 20th century Australia.