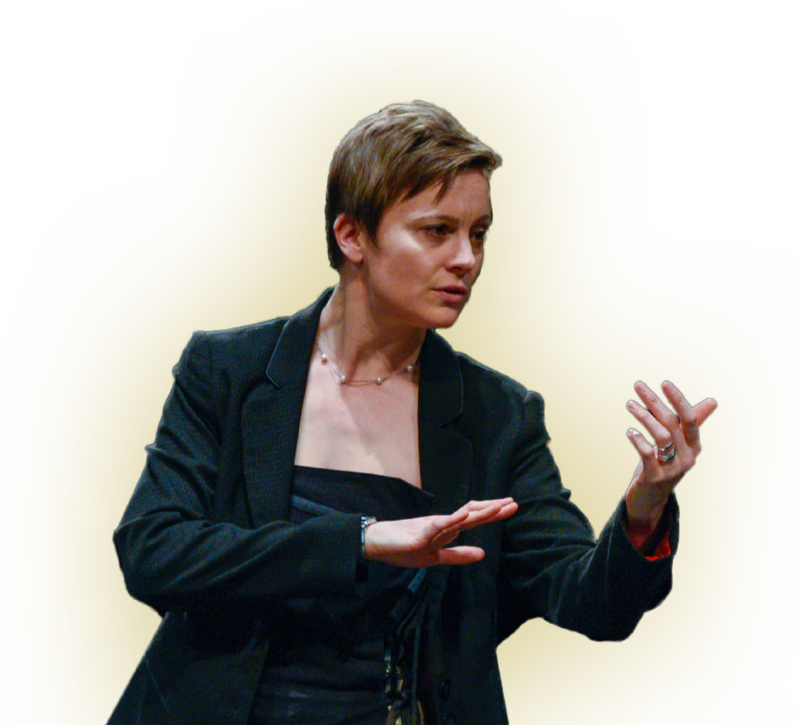 Sarah Penicka-Smith is an experienced conductor and vocal coach. She has been Music Director of the Sydney Gay & Lesbian Choir since 2005 and Director of Music at St Andrew’s College since 2011.

Sarah was Assistant Chorusmaster with Sydney Philharmonia Choirs from 2008 to 2009, and from 2010 to 2012, Choir Master with the Willoughby Symphony Choir and a guest conductor for Willoughby Symphony Orchestra. In 2010 Sarah directed the 61st Intervarsity Choral Festival in Canberra and also started working with chamber opera company Opera Prometheus. Her opera credits include Purcell’s The Fairy Queen with Sydney Gay & Lesbian Choir (the first opera ever staged by a queer choir), and Campra’s Tancrede and the premiere of Cummins’ Anacreontea with Opera Prometheus.

Sarah has been part of the Symphony Australia Conductor Development Program since 2012. In addition to her musical qualifications, Sarah holds a PhD from the University of Sydney.